How to lead without leaving home
Original Author

Lessons on managing from the leader of a global team that keeps Amazon employees connected and productive during COVID-19.

By early March, the need for social distancing was shutting down Amazon offices around the world. But Amazon is still hiring, and new employees are starting every week. Normally, those new employees would show up for their first day of work and receive a company laptop and a remote-login device to allow them to start doing their jobs from anywhere. 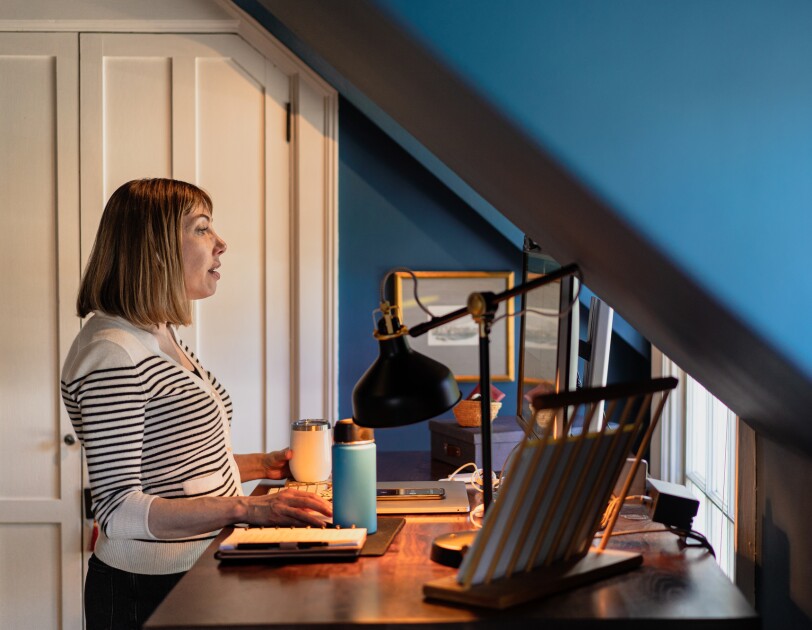 Kellie Green, Amazon’s director of information technology, working from her home in Seattle on March 12, 2020—six days after Amazon issued a recommendation that all employees who can work from home do so and 11 days prior to Washington state’s “Stay Home, Stay Healthy” order.
Photo by JORDAN STEAD / Amazon

Director of Information Technology Kellie Green and her team of more than 1,000 Amazonians needed to invent a remote substitute for that in-person experience, and they needed to do it while not being able to meet in person to accomplish any of their tasks. Working through this and other unprecedented puzzles, Green is gaining insights by the day on how to manage from afar. Here are the highlights of what she’s learned.

Seeing each other helps
“People can really hide out on the phone,” Green said, explaining why she uses her laptop’s camera for meetings and encourages her team to do the same. “People can get under a lot of stress or anxiety. And if you’re on video, you can see that in them. Then I can have a one-on-one with that person to really talk about what I can do to help them. As managers and as people leaders, that’s a really important thing that you can’t underestimate.”

Beyond that, video also makes her meetings more coherent. “Especially in a very large meeting, you need people to be able to say, ‘Hey, I’ve got something. I need to interrupt.’ On video, they can give a timeout signal or raise their hands.” 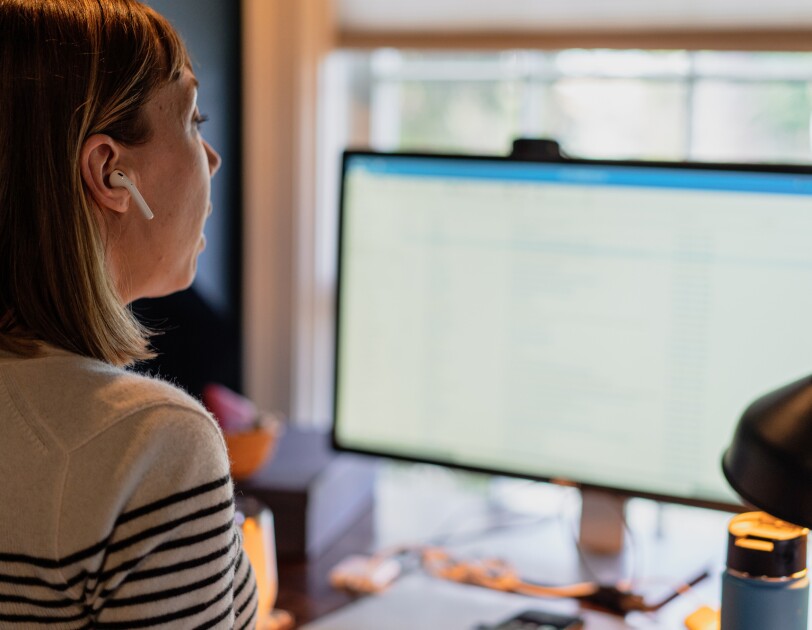 While working from home during the pandemic, Green has learned to build in a buffer between work and sleep, and to get natural light, fresh air, and movement during the day.
Photo by JORDAN STEAD / Amazon

Free people, including yourself, from doing too much
“Amazonians have a bias for action mentality,” Green said. “I had some team members who were trying to stretch and cover every single time zone (around the world) and every single exception in some of the processes that they were creating. So it was really about directing them by saying, ‘Wait a second. You know you’ve got a team member in-city, so make sure that team member is the one who answers the questions from the local leaders and also helps you with the nighttime call.'”

As she made her own sudden shift to working exclusively from home, Green needed to notice and reclaim downtime she once took for granted. “We forget the moving around that we get in an office just by going from meeting to meeting, walking over to the cafeteria. I walked back and forth to public transport. That’s really time that I used to think.”

So now she makes an extra point of taking her dogs outside and getting herself some natural light, fresh air, and movement. She also has learned to build in a buffer between her final call of the workday and her bedtime. “Trying to go from having a call at 9 p.m. with the folks in India and APAC (Asia-Pacific), and then trying to go to sleep, that just doesn’t work. You’re still buzzing, and your mind is very much awake.”

People unplug if you make it easier for them to plug back in tomorrow
Early in the pandemic and the switch to working from home, Green heard a frequent rationalization from people who were reluctant to get offline and get themselves proper rest: “Well, it’s going to take me more time to hand this over.”

The team has challenged that assumption and found that good handoffs pay all kinds of dividends. “It really helps us to hone our communication and our message and bring more clarity. It’s encouraging people to understand that ownership means making sure others can understand. Clear communication means it’s not just you answering the same question over and over again.” 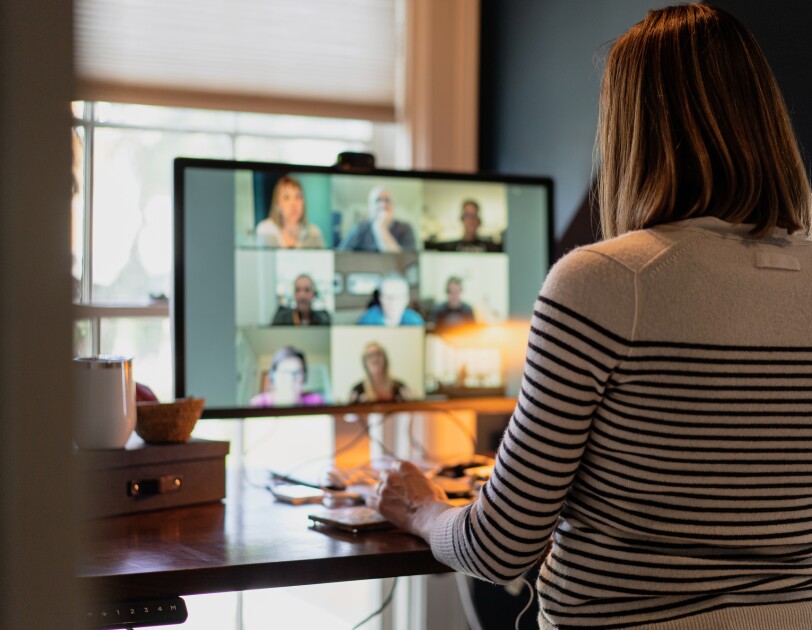 During the extended work-from-home period caused by COVID-19, Green has found that meetings run more smoothly when she and other participants use video. Seeing her team members’ faces also helps her notice when someone is having a difficult day and needs extra support.
Photo by JORDAN STEAD / Amazon

In the same spirit, the team has also gotten much better about capturing the key points of its meetings—”not just the outcome but the discussion that got us to that outcome,” Green said. Consistently communicating the “why” of decisions allows team members on the other side of the world to unplug, get sleep, and rejoin the team effort more seamlessly the next day.

Simplify where you can to avoid ‘decision fatigue’
Green recalled a recent Tuesday when she made 17 major decisions to change something in IT. “And then you get asked a question like ‘What might you want to have for dinner?’ And you totally blank—like cannot compute, right? I’ll eat whatever you put in front of me. Or not eat anything at all.”

She’s found that building in some time between decisions can help. So can simplifying or eliminating some of the most low-stakes decisions you make in the course of a day—like what to wear. One classic strategy is buying multiple versions of the same outfit. “I haven’t gotten to the level of wearing the same thing every day,” Green said and laughed, “although remarkably close at this moment.”

This crisis is a chance to see each other more fully
As kids, family members, dogs, cats, and folded laundry show up in the background of video meetings, Green is witnessing more of the lives of her team members than she ever has. It’s a good thing, she said. She mentioned a colleague in the UK “I knew he had young school-age kids, but now one of his daughters will come up and want to have a cuddle while we’re on a call.”

Her advice to fellow managers: welcome moments like that. “It’s an actual opportunity to recognize and acknowledge that people’s lives don’t end the minute they walk into the office.”

Source: How to lead without leaving home