While TV is competing for viewers’ time and with online viewing of video, US TV advertising spend grew by 6,3% in 2010. 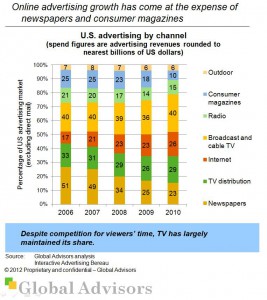