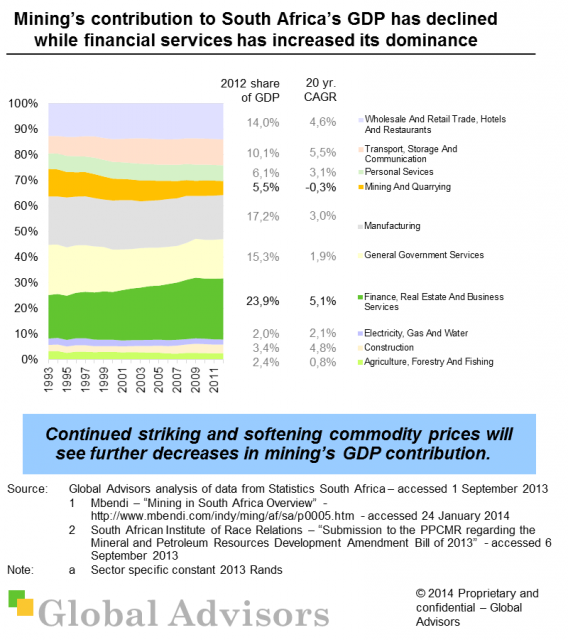 Mining is the only sector to have experienced an overall decline in contribution to South Africa’s GDP since 1993 with a negative CAGR of -1,3%.
The decrease in mining’s contribution to GDP has been a result of an increase in secondary and tertiary industries as well as a continuing decline in gold – and recently platinum – production over the years.
Mining companies have faced a myriad of obstacles including inadequate transport and logistics, electricity rationing warring unions and increasing labour costs – labour costs per kilogram of gold have more than quadrupled in the last decade.2
Going forward, government efforts in developing the downstream or beneficiated minerals industry could increase mining’s indirect and thus overall contribution to GDP.
Financial services however has grown from 17% of 1993 GDP to 24% of 2012 GDP and has outstripped growth of every sector bar communication.

My Tweets
Do NOT follow this link or you will be banned from the site!