Africa’s “middle-class” has kept pace with India’s in terms of its proportion to total population. The income band used to measure middle-class income ($2 – $20) is lower than that used to measure middle-class income in “developed” countries because it takes cognisance of purchasing power parity i.e. more can be bought for $2 in Africa and India than can be bought for the same amount in the “developed world”. 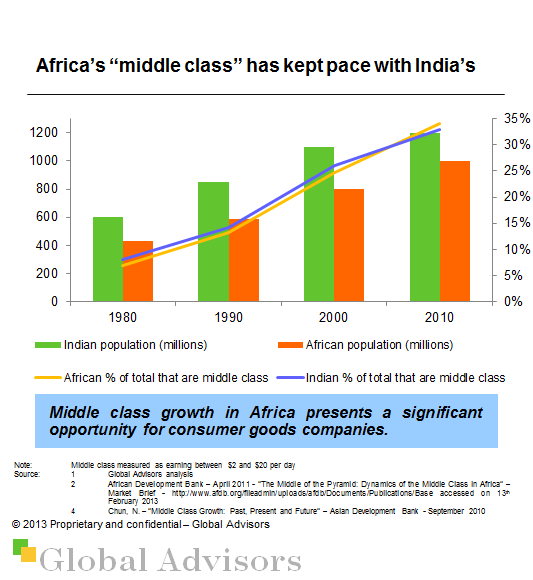