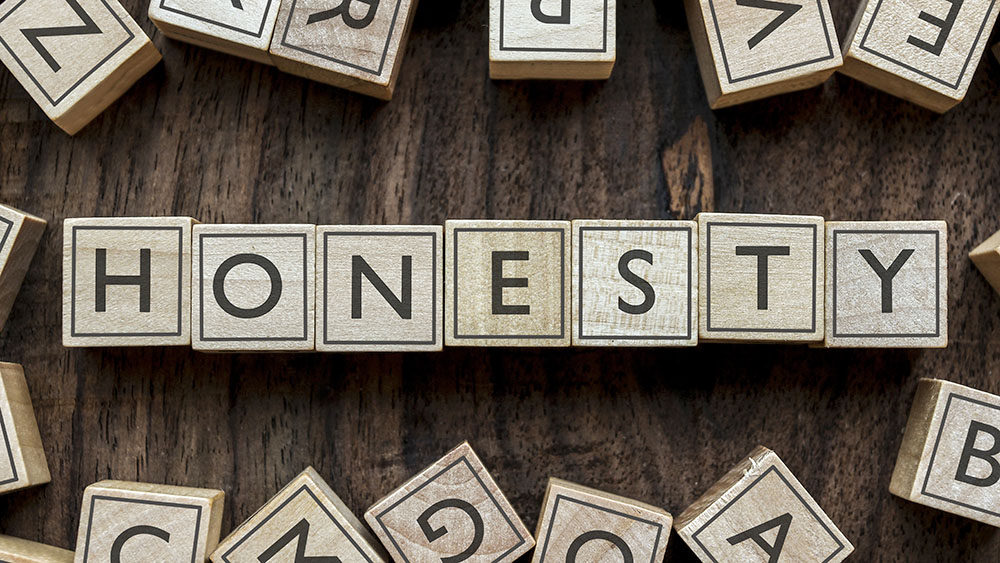 It’s easy to say it’s always best to be honest. But sometimes it takes guts to be a straight shooter with someone and to show you’re vulnerable.

Here’s how to gather that fortitude to effectively lead your group.

Start with the basics. Honesty really is the best policy, even if it’s easier to tell a white lie than to confront someone with the bad news that they’re not performing well enough.

“If you’re not honest, sooner or later it will catch up with you and then it interferes with building trust,” said Linda Finkle, founder and CEO of Washington, D.C.-based business coaching and consulting firm Incedo Group.

Famed investor Warren Buffett wins trust because he’s open about his missteps, says Constance Dierickx, Atlanta-based advisor to boards and senior executives and author of “High-Stakes Leadership.” Each year, Buffett summarizes where he and his firm went wrong with their investments. Dierickx at times calls back clients a day or two after giving them advice and tells them after thinking about it further she has a different recommendation.

“People will know you’re honest and they can trust you,” Dierickx told IBD.

Finkle once had to let someone go for performance reasons. Years later the woman thanked Finkle, saying it showed her where she needed to improve.

“If our goal as a leader is to be in service to people, then it’s important to tell the truth, whether it’s something the person wants to hear or not,” Finkle said.

When you’re breaking bad news to people, you have to muster the guts to tell them. But don’t feel as if you have to go it alone. Dierickx says she’ll often advise clients to go public about a problem even if their lawyers tell them to do the opposite. They’re usually better off being open about it. Home Depot  CEO Frank Blake was upfront in 2014 when a data breach exposed more than 50 million payment cards. He admitted the problem, said customers wouldn’t be harmed, devoted resources to the matter and published a letter of apology.

“Companies have to protect their image, but it has to be subordinate to being honest,” Dierickx said.

Dierickx says you can build up your ability to steel yourself and deliver bad news. She views it as a combination of vision and mission to show your belief in what you’re doing. Toss in persistence, and the combination will get you to face the toughest conversations. Your character is the great multiplier.

“If you don’t have character, the other stuff doesn’t make any difference,” Dierickx said.

Some people don’t know how to have brutally honest conversations. Ask others how to handle it.

“It doesn’t make you less of a leader because you need to ask for help,” Finkle said. “Even Olympic athletes have coaches.”

If you’re uncomfortable with the discussion, tell the person you’re talking to that you might not be the best at this. Then work your way through it. It’ll get easier.

“Talk about it in a way that’s not self-deprecating, but is aimed at, ‘How can I get better?’ ” Finkle said.

Others will trust you if you don’t appear to be a know-it-all. Show people you’re always learning. Dierickx once worked at a company that had a “belly flop” award. People talked in a meeting about something that went off the rails and what they learned from it.

“I have more credibility if I show that I’m learning,” Dierickx said.

Stay true to yourself.

The key to breaking bad news is to be genuine, Finkle says. If the company has to lay off a batch of people, admit it’s painful rather than putting up a false front.